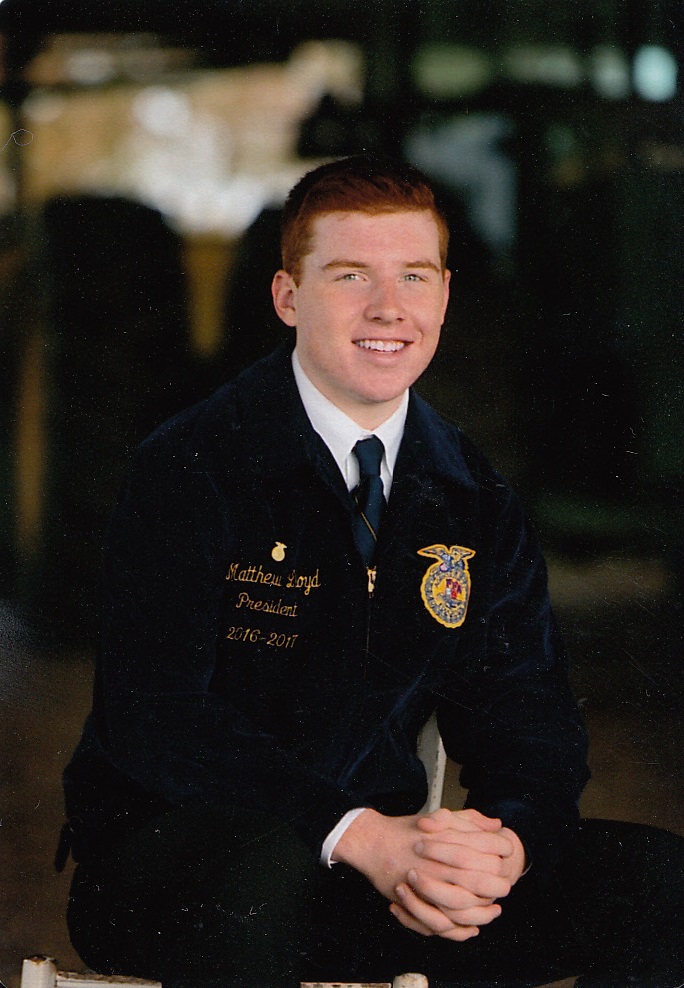 Matthew Lloyd is the son of Tom and Kyle Lloyd of Aledo. He will be attending Black Hawk East Community College in the fall where he be will in the agriculture transfer student program. He is a 2017 graduate of Mercer County High School.

Matthew says, “In ten years, my personal goals are to productively contribute and be a part of a team that betters the agriculture community. I plan to be a champion for the agriculture industry. It is important to promote the economic, social, and environmental benefits of agriculture in our rural and urban communities.” 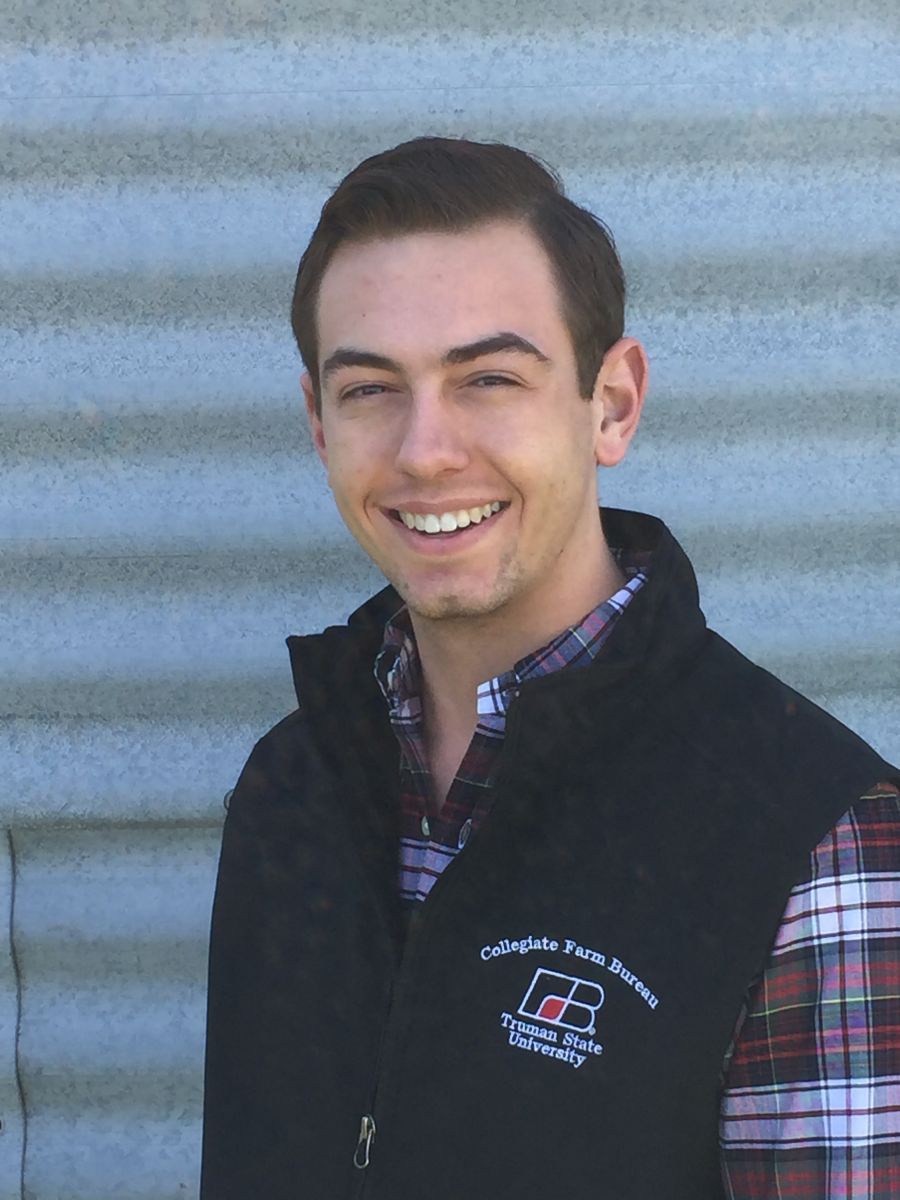 Clayton Truman is the son of Craig and Renee Truman of Seaton. He is a graduate of Mercer County High School and is currently attending Truman State University. He is studying Agricultural Business.

At Truman State University, Clayton has served as Vice-President/Risk Management Chair and Fundraising Chair of Collegiate Farm Bureau, board member for the Residence Life Conduct Board, Treasurer for Presbyterian Collegiate Fellowship, and a member of the Alpha Gamma Rho Chapter.

Clayton says, “Though the [agriculture] industry may change at a rapid pace, our goals have remained the same; to produce the most that we can, as efficiently as we can and as safely as we can. In the future,  I would love to help facilitate bridging the gap between the producer and consumer and restore the trust that both parties once had in each other.” 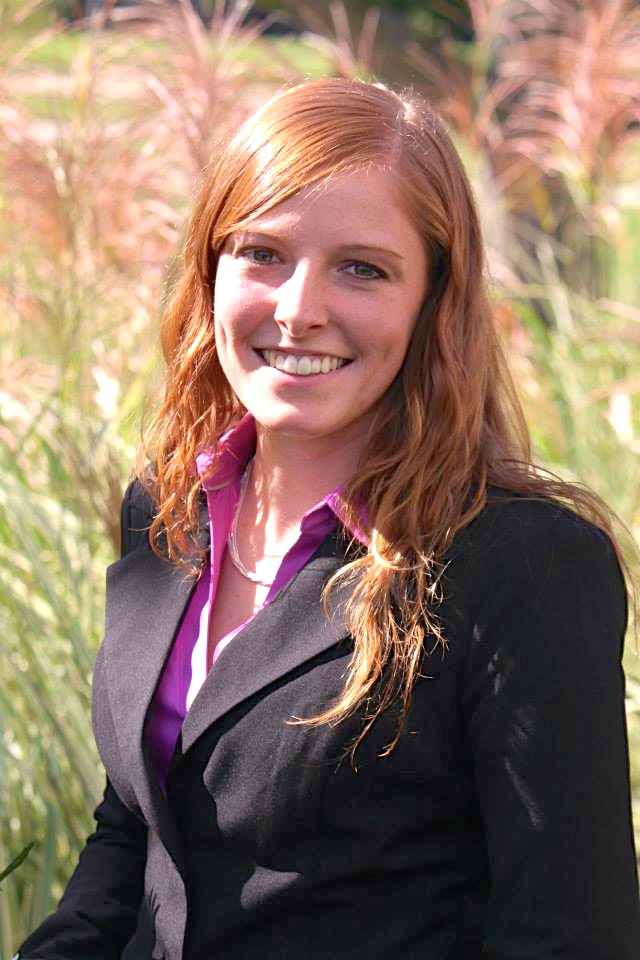 Rachel Hawk is the daughter of Mark & Shelly Hawk of Aledo. She is a graduate of Mercer County High School and is currently attending the University of Illinois at Urbana-Champaign. She is studying Agricultural & Consumer Economics.

At the University of Illinois, Rachel has served as the Public Relations Chair and President of the Collegiate Farm Bureau. She has also been the Professional Development Chair and Alumni Relations Chair for Sigma Alpha. Additionally, she is involved with the student advancement committee, Past State Officer Alumni Affiliate, and the ACES Council.

Rachel says, “A career in human resources or foundation development would allow me to assist a company or organization in being the best it can be and making sure it has the resources to continue impacting our industry. I also hope to someday return to our family farm.” 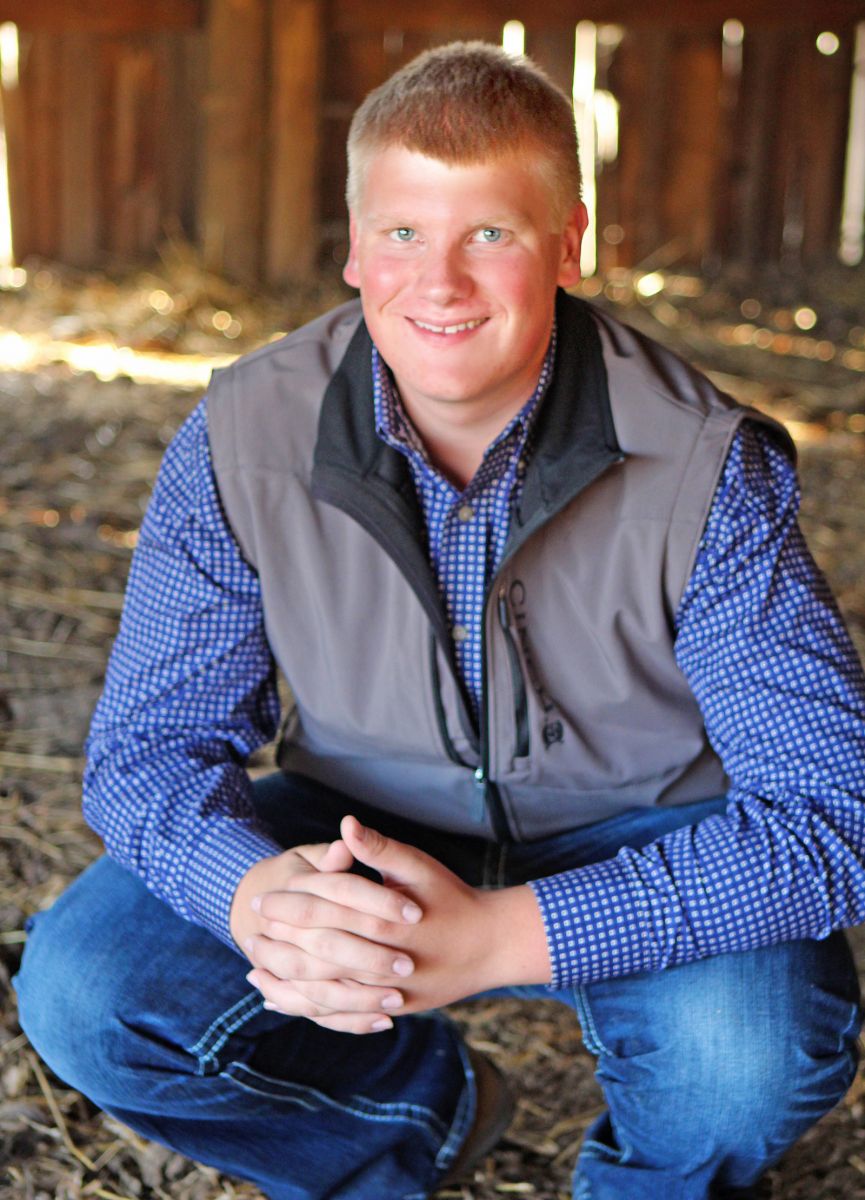 Gage Hank is the son of Jeff and Trisha Hank of Aledo. He is a graduate of Mercer County High School and is currently attending Lake Land College. He is in the Ag Transfer program at Lake Land and then plans to major in Agribusiness Markets and Management at the University of Illinois.

At Lake Land, Gage is involved with the livestock judging team and the Postsecondary Agricultural Student (PAS) organization. He has assisted with ACE Camp and Ag in the Classroom programs at Apollo Elementary school. He is also a Mercer County Pork Producers volunteer and helps set and clean-up the barns at the Mercer County Fair.

Gage says, “I am leaning toward focusing my education in the area of agribusiness and agricultural finance. Producers will need to build an even stronger working relationship with an Ag financial expert to grow and stay profitable and ultimately benefit from the need to produce a food product for our booming world population.” 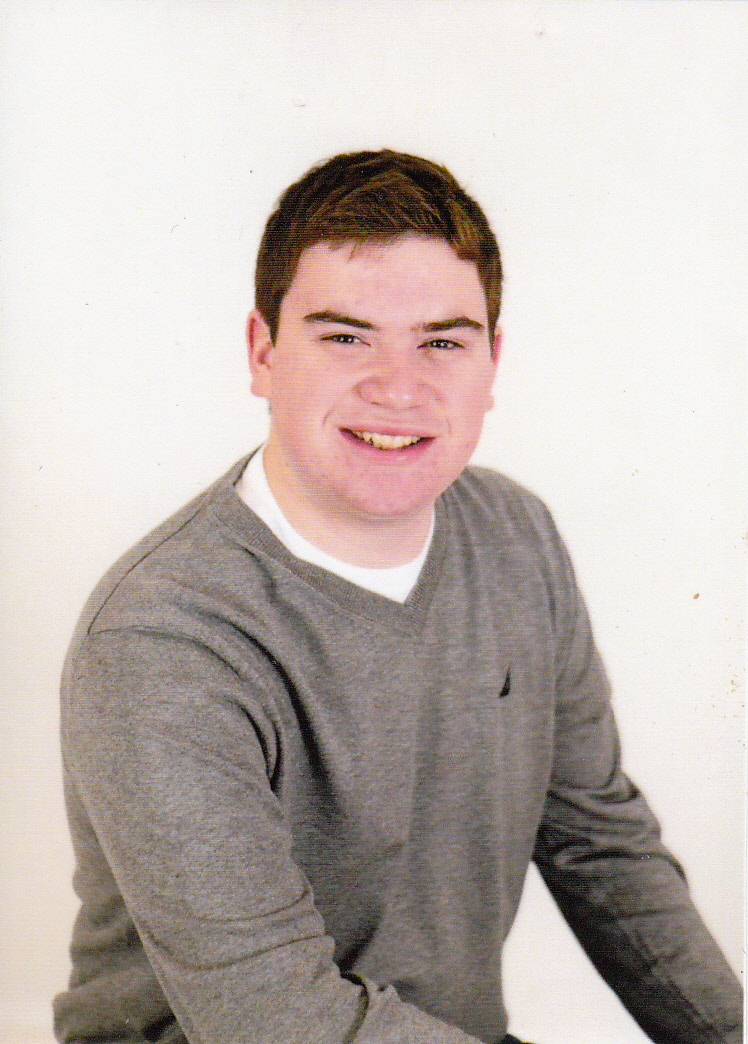 Adam Lloyd is the son of Tom & Kyle Lloyd of Aledo. He is a graduate of Mercer County High School and is currently attending Oklahoma State University. He is majoring in Agriculture Education.

At Oklahoma State, Adam is involved with the Collegiate FFA Organization. Adam is also on the President’s List at Oklahoma State. Adam has assisted with ACE Camp, attended Illinois Farm Bureau Youth Conference, and participated in the Young Leader Quiz Bowl contest.

Adam says, “Agriculture is a rapidly changing industry and will continuously evolve over the next decades. I hope to inspire students in the field of agriculture so that they can have the same passion for all things agriculture.” 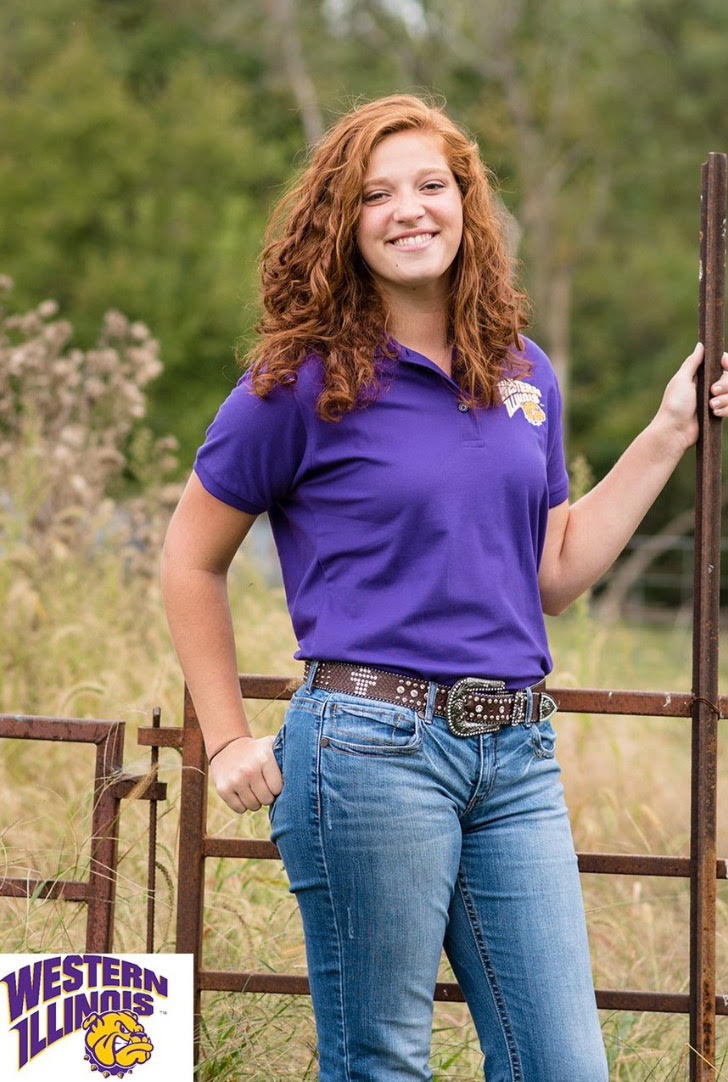 Taylor Carey is the daughter of Clayton and Stefanie Carey of New Boston. She is a graduate of Mercer County High School and is currently attending Western Illinois University. She is majoring in Agriculture Studies.

Taylor says, “I am planning to continue my higher education at a graduate school in order to pursue a career as a Veterinarian. I would like to open my own clinic to treat large livestock animals because large animal veterinarians are very scarce in Illinois.” 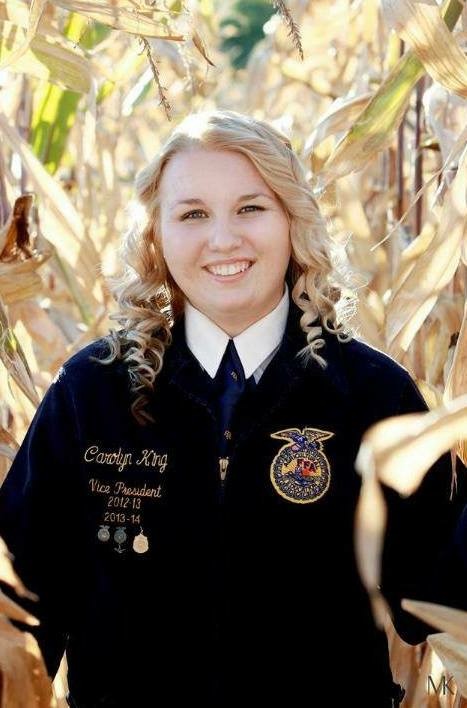 Carolyn King is the daughter of Andy and Debbie King of North Henderson. She is a graduate of United High School and is currently attending Iowa State University. She is majoring in Agronomy and Seed Science with minors in Spanish and Entomology.

At Iowa State, she is a member of the Women in Agronomy Club, the Agriculture Education/Collegiate FFA club, and has studied abroad in Panama and Costa Rica. She received her American FFA degree in 2016.

Carolyn says, “I plan to work as an agronomist for a crop consulting company. I hope to help farmers make informed decisions about seed, fertilizer, pesticides, and many other things. I also want to be able to help them solve problems that they are having in their fields.” 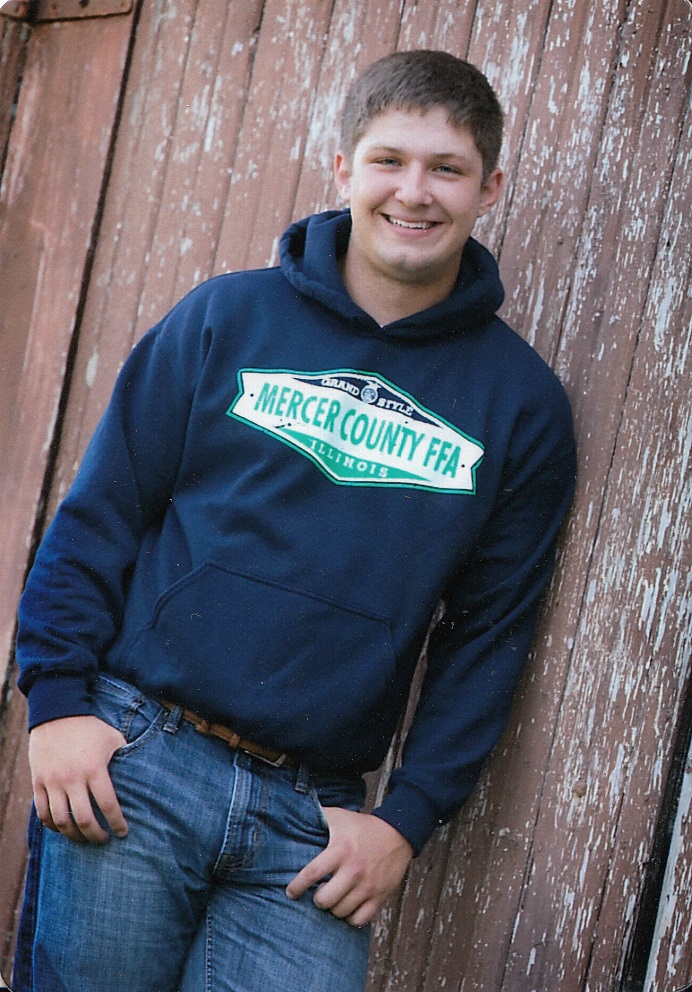 Jacob DeBlock is the son of John and Angela DeBlock of Aledo. He is a graduate of Mercer County High School. He plans to attend Black Hawk East Community College where he will be in the agricultural transfer program.

Jacob says, “I would like to return to the family farm after college. The family farm is currently raising soybeans, corn, and hay. It also operates a wean to finish swine facility and a beef cow herd.”

For more information on the Mercer County Farm Bureau Foundation scholarship program, how to establish a scholarship, or to donate to the general scholarship fund, call the Farm Bureau office (309) 582-5116.