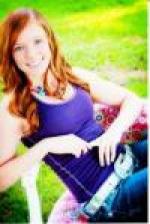 Rachel is the daughter of Mark and Shelly Hawk of Aledo. She is a 2013 graduate of Mercer County High School. She plans to attend the University of Illinois at Urbana-Champaign and major in Animal Science. Rachel has been very active in FFA. She has served as the Mercer County FFA chapter's Secretary, Vice-President, and President. She also served as the Section 4 Sentinel and President. To top off Rachel's accomplishments in FFA, she served as the Illinois Association State Vice-President. Rachel was also involved in the Country Kids 4-H club.

Rachel says, "My passion lies in agriculture, specifically involving animals. My course of study will directly affect this challenge due to the connections between animals and the consumer. Animals are a source of food and clothing for people across the world." 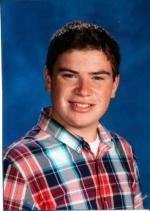 Adam is the son of Tom and Kyle Lloyd of Aledo. He is a 2014 graduate of Mercer County High School. He plans to attend Black Hawk College - East Campus and participate in the ag transfer program. Adam has been very active in FFA throughout his high school career. He served as the Mercer County FFA Reporter, Vice-President, and President. He also served as the Section 4 President this past year. Adam was also involved in the Hamlet Handy Helpers 4-H club and is a 4-H Youth Leader.

Adam was also on the Mercer County High School honor roll all four years, a member of the National Honor Society, and the Scholastic Bowl MVP for Junior Varsity and Varsity. He has been involved with the Mercer County Farm Bureau by attending the Illinois Farm Bureau & Affiliates Youth Conference in 2013 & 2014, assisted with ACE Camp, and volunteered at the mobile food pantry sponsored by Farm Bureau.

Adam says, "My course of study as an Agriculture Professor will address the challenge of keeping the public accurately informed and to lay the academic foundation for students interested in working and advancing in the agriculture industry." 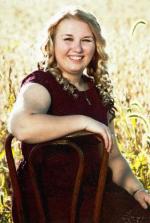 Carolyn is the daughter of Andy and Debbie King of North Henderson, Illinois. She is a 2014 graduate of United High School. She plans to attend Iowa State University and will double major in Agriculture Studies and International Agriculture. Carolyn has been an active member of the United High School FFA Chapter. She has served as the FFA Chapter Vice-President.

Carolyn says, "With Agriculture Studies and International Agriculture degrees from Iowa State University, I hope to continue advocating for agriculture and educating the public. I want to be able to work on the research and development side of the industry, but I also hope I can travel around the country and the world teaching people about the great things agriculture has to offer." 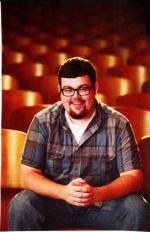 Matthew is the son of Michael and Kris Chausse of Aledo. He is a 2014 graduate of Mercer County High School. He plans to attend Blackhawk College and study communications. Matthew was a member of the Mercer County FFA chapter and was a chapter winner in the FFA Ag Communications Proficiency area.

Matthew says, "I feel that communicating the correct message about American Agriculture is a huge task. The next generation of producers, processors, and marketers need to use new ways of communication to let consumers know that the food they eat is safe and reliable. I feel this is one of the biggest challenges that American Agriculture faces in the next ten years. With me being a communications major, I hope to aid in the delivery of this message." 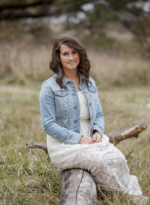 Shelby is the daughter of Jeff and Kim Barman of Alexis. She is a 2014 graduate of Alexis High School. She plans to attend the Morrison Institute of Technology and study Engineering Technology. She was involved in FFA at United High School. She participated in FFA quiz bowl, Section 4 olympics, Section 4 livestock judging, FFA horse judging, and the FFA seeds CDE. She showed boer goats at the Illinois State Fair and well as showed at the Mercer, Henry, and Knox County Fairs.

Shelby says, "I would like to start a career with a private Civil Engineering firm or work for a county government. I want to find better, cheaper ways to keep the rural roads in our area safe and equipped to deal with the loads of stress that they often see. Gravel roads are not going to support what the agriculture industry has in store for the world. "